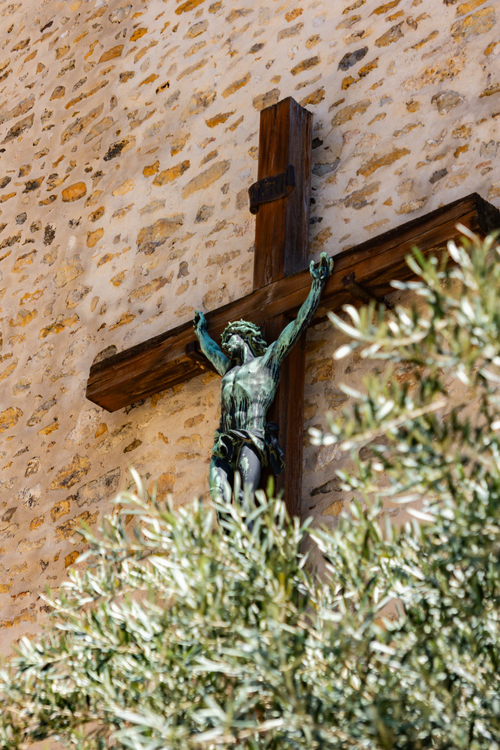 Through the cross of Jesus our sins are forgiven, but sins we commit still carry a weight with them that needs to be removed. This must be removed before we can rejoice in the fullness of the resurrection in the Kingdom of Heaven. Luckily for us, there is a place called purgatory which is Latin for “Purgatorio, a word meaning “place of cleansing or purification.” Purgatory has been argued thought centuries as to whether or not it is real or not. But, there are multiple passages in Scripture that will lead us to the truth.

One thing that should be noted is that even though the word purgatory would have not been used, it is still evident that the authors still knew that there needed to be some stage of purification. For example, in II Maccabees 12 it is mentioned that Judas found the bodies of some fallen soldiers who had on “tokens of idols” and the Jewish law doesn’t allow for this to be worn. So, the act that was done was that “they all blessed the ways of the Lord, the righteous Judge, who reveals the things that are hidden; and they turned to prayer, begging that the sin which had been committed be wholly blotted out” (II Mac 12:41-42, RSV/CE2). Judas recognized that there is a weight that comes with sin, especially the sin that could be seen as idolatry. What exact sin is committed should be saved for a later time, but the main point is that they prayed for all sin to be completely wiped away. They were aware that the sins of the soldiers needed to be wiped away, so they prayed earnestly to God to do so. Another important aspect is that the Jews, as stated above, believed in this before Jesus ever came into the picture!

In Habakkuk 1:13 it reads, “You who are of purer eyes than to behold evil and cannot look on wrong why do you look on faithless men, and are silent when the wicked swallows up the man more righteous than he?” and this is a verse that can be highly confusing. I interpret this as Habakkuk complaining to God that he doesn’t understand why God does what God does. If we look carefully it seems as Habakkuk is saying that God can not have evil because simply that goes against God’s nature. So, this means before God can look at us and we can look at Him, the beatific vision, we must get rid of our evil. The way that we get rid of our evil would be a purgatory!

It is a known fact that Saint Paul is the author of a majority of the New Testament, so he is a highly influential writer. In his first letter to the Corinthians it says, “For no other foundation can any one lay that that which is laid, which is Jesus Christ. Now if any one builds on the foundation with gold, silver, precious stones, wood, hay, straw—each man’s work will become manifest; for the Day will disclose it, because it will be revealed with fire, and the fire will test what sort of work each one has done. If the work which any man has built on the foundation survives, he will receive a reward. If any man’s work is burned up, he will suffer loss, though he himself will be saved, but only through fire” (I Cor 3:11-15).

There is a lot of meat to swallow in this passage from Paul, but this is extremely crucial to the argument as to what how purgatory was made more prevalent throughout salvation history. In the first sentence I love that Paul mentions that our foundations must be Jesus Christ, because if they are not Him they will fail and need to be cleansed. Paul then lists off a few things that may be a foundation for some, and he says that a fire will be used for testing. This fire is a reference to our judgement day and when we will stand before our Lord and he will direct us either on a path to Heaven or a path to Hell. As Paul mentions, if we have Jesus Christ as our foundations we will be giving the reward of Heaven; but if we have worldly possessions as our foundations then we will need to be purified by fire. Granted we will still be saved, but we must be purified and made new first. It is clear that Paul is writing to the Corinthians and he is prefiguring purgatory. Even though he as well did not know the name of this place of purification, he was aware that it must happen. Paul and the Gospel writer Matthew knew more than the Old Testament writers, for a few reasons.

With all of this being said, majority of Catholics know that if you go to purgatory, you will go to Heaven and there is no chance that you will go to Hell. Paul clarifies this when he says “If any man’s work is burned up, he will suffer loss, though he himself will be saved, but only through fire” (I Cor 3:15). What is lost is worldly thoughts, possessions, desires, etc., and what is gained is eternal life in Heaven. But to get to Heaven, Paul makes it clear that we must get rid of our bad foundations. A look into the Gospel according to Matthew is also helpful.

In Matthew it reads, “Make friends with your quickly with your accuser, while you are going with him to court, lest your accuser hand you over to the judge, and the judge to the guard, and you be put in prison; truly I say to you, you will never get out till you have paid the last penny” (Matt 5:25-26). Matthew is the first of the Gospel writers, and I am sure he was baffled at what Jesus was saying here. But, this is during the Sermon on the Mount and then Matthew records Jesus saying that we won’t leave jail till we pay everything back. To metaphorically pay back our pennies, we must give up something; so we must give up our worldly desires that keep us in this jail. Heaven is outside the jail and until we let go of our desire we are stuck in our holding cell. It is quite clear that Scripture actually defends the belief of purgatory!

Pope Emeritus Benedict XVI says that purgatory is “the inwardly necessary process of transformation in which a person becomes capable of Christ, capable of God and thus capable of unity with the whole communion of saints.”

It is only through purgatory that we are able to being in this unity with those in Heaven and he makes it extremely clear. He also describes that those are not Christian can also find themselves in purgatory as long as they have “openness to truth, to love, to God.” This is a defining statement because there has been discussion on whether or not those outside the Church can be saved. Benedict makes a cleaver comment in Spe Salvi where he says, “No one sins alone. No one is saved alone….We should also ask: what can I do in order that other may be saved and that for them too the star of hope may rise.”

I absolutely love his writings and I think we can all learn a lot from him. His view of purgatory and purification can be summed up when he says, “The encounter with him is the decisive act of judgement. Before his gaze all falsehood melts away. This encounter with him, as it burns, transforms and frees us, allowing us to become truly ourselves.” We truly do become ourselves when we give everything to Christ.

Purgatory too often becomes our goal in life, but we should not aim at going to purgatory once we die. One should always keep their goal on eternity in Heaven, for this is what our end is! Right now during our life, we can shed off our purgatory time, but this is only done with hope and faith in God and His mercy. Here’s the truth, Jesus already died for our sins on the cross, and we don’t need permission to start living our life in His freedom. Furthermore, He became sin, so that we may live! Through His passion, we have been set free from the bondage of sin! Let us all be washed by the blood of Jesus today, so we can live in His mercy!