Culture in the Family 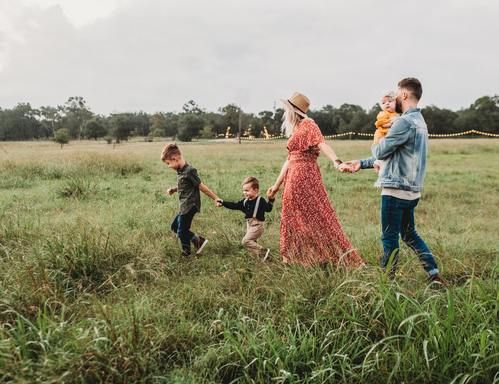 Marriage and family play a crucial role in that of culture, not only for one another but also for the whole world. The family is where cultivation of everyone begins, for better or for worse. In the family is the first fundamental growth of children as they learn habits and personality traits from their intake that is present in the home that they take into the rest of their life.

Culture comes from a collection of people and the experiences they bring, it is created by the intake people receive and that which they give. In families the first bit of culture starts with the spouses. The two of them create their own culture by allowing and receiving the intake that they give to one another, hopefully that which is one that sanctifies each other.

Now when the two spouses become one together the two become intake for one another and that will lead to either building up or tearing down each other. The spouses culture will soon change and adapt as children come along which brings new intake and experience into the culture of the family. Parents must make sure they have taken the role seriously of building up a good and healthy culture together as more enter into it and will be affected by it.

Now more than ever is it necessary to build a strong culture of Christ-like character in the home as the culture of the world is a relativist culture focused on self rather than other. The means to create a strong culture comes a lot from that of habits.

By having good habits as a family such as a rosary, meal and night prayer, Sabbath family adventures and so on, they begin to create in one another an interior life dedicated to Christ-like values which in turns builds strong character.

Also other ways of doing this is controlling the intake of the family from movies, news, music, language and so on. The role of creating a culture of the family is creating an environment where one can encounter Jesus at every moment.

Too often than not families allow children to have their intake be that of worldly intake which in turn leads to having that be intake of the family and effects all that are part of it.

However if families were to build strong culture formed on faith and prayer, as they all overflow into one another they too will affect wherever they go in a positive way by being good intake and letting Jesus encounter others through them.
Tagged with culture, family