Why most marriages fail 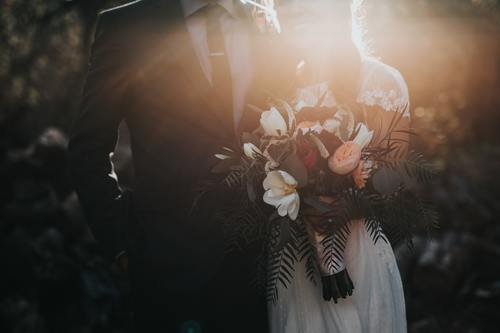 The importance of the Interior life of the spouses

The typical marriage of today is seen as when you finally “settle down.” It is when the adventure has for the most part ended. What is left is to have children, work, and have the occasional vacation. One hopes the spouses have the same views and beliefs, but oftentimes that may not be the case. According to a  Pew report that did a survey on marriage and values, just under half at about 44% said that having the same religious views was important. Marriage is done more so because you get along well or you do not want to have to start over and begin a new relationship. The focus has switched to companionship for the sake of “having someone” and because it is simply what typical adult life looks like. Also according to the same survey, having the same religious views was seen as less important than having same interests or a satisfying sexual relationship. With that, 9 out of 10 men and women have had premarital sex by the age 44, that is 95% of Americans according to an article by KLTV. With that statistic, it is easy to see why many could end up in a marriage that shared different religious beliefs, as long as the sexual relationship was satisfying. This also could speak as to why there is so much divorce with 40% to 50% marriages ending in divorce according to American Psychological Association. Marriage, of course, is so much more than this, but it can only reach its true potential through the interior life of the spouses which must start before they get married.

A life of imitating Christ is a life of self service. This life can only truly be lived out with excellence when it is done so with a strong interior life. With no strong interior life, there is little strength that will hold up against temptation as it has nothing to be shielded with, so it will crumble, as pointed out in the book  The Soul of the Apostolate. One cannot truly imitate Christ if they do not have Christ in the interior life, “my efforts by themselves, are nothing, absolutely nothing. “Without me you can do nothing.””  This life can be lived out and strengthened with daily prayer, meditation, frequent Sacraments, daily reading of Scripture, and true examination of conscience. These all help one to come to know Jesus as they spend time and unite themselves with Him, growing closer in knowledge and in works. In Soul of the Apostolate, it claims there is nothing more pleasing than to give a soul to God, but first one must offer his own before offering another, for what good is it to dedicate oneself to others but lose their own soul in the process. Having an interior life is what changes someone from a channel to that of a reservoir. From living as a reservoir that which is given is that which is overflowing, and if the interior life is lived out correctly, there is always plenty that overflows. It is crucial that this life may be nurtured and matured, for if it is not there will not be a lot that can be given and it will be harder to know how to imitate this act of self giving if one does not know the one whom it flows from.

Marriage is, at its very essence, an act of self giving: “Husbands, love your wives, as Christ loved the church and gave himself up for her, that he might sanctify her” It is imitating Jesus on the Cross. Of course, man would seek to do this too, for it is only through this can he can find the deeper reality of who he is,  “Man can only find himself through the sincere gift of self”. However, what good is it for you to seek to help your spouse get to Heaven, if you cannot even get yourself there? That is why it is crucial to first offer yourself, as mentioned above. Yes, part of marriage is doing that together and recognizing that you are stronger in the community than ever alone and seeking to share and imitate the love of Christ, “Both people are focused on a common goal outside of themselves. In Christian marriage, for example, a husband and wife unite themselves to the common aims of helping each other grow in holiness, deepening their own union, and raising children.” But if the spouses live as channels for each other, there will be nothing that is ever kept, and a deeper intimacy that will be missed without the enjoined interior life of the spouses. Their seeking to be a gift of self for each other can be done solely as channels, but it is so much better when done as a reservoir, when they make sure to have strong habits and prayer so that they can be a better servant for the other. The beauty of both spouses embracing this is their oneness. Just as one must make sure they have a strong interior life and take care of themselves before that of others, the spouses too much have an interior life together in just the same way, with prayer of meditation, praying for one another and with one another, healthy habits, and more, all so that they are full and capable of not only taking care of one another but also overflowing into the children.

Parents understanding the necessity of the interior life for marriage should have no problem with knowing the necessity of it for the sake of letting Christ’s love overflow into their children, “Similarly, my kids need a lot more than my own fallen love for them. They need Christ’s love working through me so that they look up and see no longer me but Christ radiating through me,” as said by Dr. Sri in Men, Women, and the Mystery of love.  Yes, demands of service can take away from the need of sleep, personal time, and more, but with a strong interior life there is still always more that helps them to remain full, even if not to the brim. For the sake of the faith of the children it is also necessary that the parents have an interior life, “But if the priest is only decent, the people will be godless. The spiritual generation is always one degree less intense in its life than those who begit it in Christ. While yes, this refers to a priest and a parish, the home is still the domestic Church and must recognize its importance. That is why it is crucial in the life of a parent that if the spouses can embrace their oneness and the interior life together, then there is a great deal that overflows into the rest of the family, and the children, seeing this, learn to imitate it. John Paul II says, “ as the family goes, so goes the nation and so goes the whole world in which we live,” but if we can flip that, as the children begin to be full of Christ’s love and imitate this, they too can embrace this, and then there is a family with a strong interior life that overflows into the whole world.

To truly imitate Christ and to do so in marriage, it is necessary to have a strong interior life. As the spouses build up and overflow into each other, the same happens to their children and so on, all based and centered on the interior life of Christ-like family.

Chautard, Jean Baptiste. The Soul of the Apostolate. 1961.